As the president’s approval rating hits a low, majority of voters say they prefer a Congress in GOP hands

Democrats face serious obstacles as they look to the November elections, with President Obama’s approval rating at a new low and a majority of voters saying they prefer a Congress in Republican hands to check the president’s agenda, according to a new Washington Post-ABC News poll.

Thanks to the 30-page indictment, "Healthalicious" has become a political buzzword.

Obama’s low rating could be a significant drag on Democratic candidates this fall — past elections suggest that when approval ratings are as low as Obama’s, the president’s party is almost certain to suffer at the ballot box in November.

Republicans are favored to maintain control of the House, with the focus now on whether they can take control of the Senate. One key question about November is who will vote. Turnout in midterm elections is always lower than in presidential elections, and at this point, key elements of the Republican coalition — namely white voters and older voters — say they are more certain to cast ballots this fall than are younger voters and minorities, two groups that Democrats and Obama relied on in 2008 and 2012.

Democrats are not without assets as the midterm election campaigns intensify. Americans trust Democrats over Republicans by 40 to 34 percent to handle the country’s main problems. By significant margins, Americans see Democrats as better for the middle class and on women’s issues. Americans favor the Democrats’ positions on raising the minimum wage, same-sex marriage and on the broad issue of dealing with global climate change.

Led by Obama, Democrats have sought to use many of these issues to draw contrasts with Republicans, both nationally and in states with the most competitive races. As yet, however, there is little evidence that those assets outweigh either the normal midterm disadvantages of the party that holds the White House or the dissatisfaction with the general direction of the country and Obama’s leadership generally.

The Affordable Care Act is expected to be a major issue in the midterm elections. Obama recently urged Democrats to defend the law energetically, particularly after the administration announced that 8 million people signed up for it during the initial enrollment period. Republicans are confident that opposition to the new law will energize their supporters.

The Post-ABC poll found that 44 percent say they support the law while 48 percent say they oppose it, which is about where it was at the end of last year and in January. Half of all Americans also say they think implementation is worse than expected.

Last month, a Post-ABC poll found 49 percent of Americans saying they supported the new law compared with 48 percent who opposed it. That finding was more positive for the administration than most other polls at the time. Democrats saw it as a possible leading indicator of a shift in public opinion, but that has not materialized.

A 58 percent majority say the new law is causing higher costs overall, and 47 percent say it will make the health-care system worse. While a majority say the quality of the health care they receive will remain the same, a plurality expect it to result in higher personal costs for that care.

A number of Democratic strategists are urging their candidates to campaign on a message that calls for continued implementation of the law, with some fixes. These strategists say that message is more popular than the “repeal and replace” theme of the Republicans. A separate poll Tuesday from the Kaiser Family Foundation finds nearly six in 10 want Congress to improve the law rather than repeal it and replace it with something new.

Democrats are hoping to put Republicans on the defensive on the question of “what next” for the Affordable Care Act. Republicans say they remain confident that the health-care issue will help them more in November.

Americans express continued discontent about the country’s direction, with two-thirds saying things are on the wrong track. Asked whether each party’s incumbents deserve relection, at least six in 10 say they do not.

Among registered voters, 45 percent intend to vote for the Democratic candidate in House elections this fall, and 44 percent for the Republican candidate. Based on past elections, that close margin is troubling news for Democrats. Shortly before they lost control of the House in 2010, Democrats held a five-point advantage on this question.

Another measure of voting intentions came when people were asked whether they thought it was more important to have Democrats in charge in Congress to help support Obama’s policies or Republicans in charge to act as a check on the president’s policies. On this, 53 percent of voters say Republicans and 39 percent say Democrats. That is almost identical to the results of the same question when it was asked in September 2010, two months before the GOP landslide.

The decline in Obama’s approval rating in the most recent poll was the result of lower support among both Democrats and independents. At this point, 74 percent of Democrats say they approve of his job performance, one point higher than his lowest ever in Post-ABC surveys. The worry for Obama and his party is that many of the Democrats who disapprove of Obama’s performance simply won’t show up in November.

Although Obama’s overall approval rating is at its lowest point ever in Post-ABC polls, his disapproval is still a few points better than at its worst. That’s because more people than usual say they had no opinion. At this point, Obama’s approval rating looks only slightly better than that of President George W. Bush in the spring of 2006.

Also, the disapproval of Obama’s handling of the situation with Ukraine and Russia is 46 percent, with 20 percent saying they have no opinion on that — perhaps a sign that Americans see few good policy options for the United States in the standoff.

Some Democratic strategists have argued that their candidates have ample arguments to make against Republicans this fall as they seek to hold down expected losses.

The Post-ABC survey sheds light on what they are. Democrats have a significant advantage on eight issues, from health care to climate change to abortion and same-sex marriage. Democrats have a smaller advantage on immigration, and the two parties are roughly equal on the economy. Republicans have the edge on three — guns, the deficit and striking the right balance on which government programs to cut.

Where Democrats have the biggest advantages are on the same contrasts that helped Obama win reelection in 2012 — indicators of which party voters believe is on their side. By 52 to 32 percent, those surveyed say they trust Democrats to do a better job helping the middle class, and by 55 to 25 percent, they trust Democrats on issues that are especially important to women.

How much those attitudes will actually drive voting decisions and voter turnout will be important in determining what happens in November.

The Post-ABC poll was conducted April 24 to 27 among a random national sample of 1,000 adults, including interviews on land lines and with cellphone-only respondents. The overall margin of sampling error is plus or minus 3.5 percentage points. 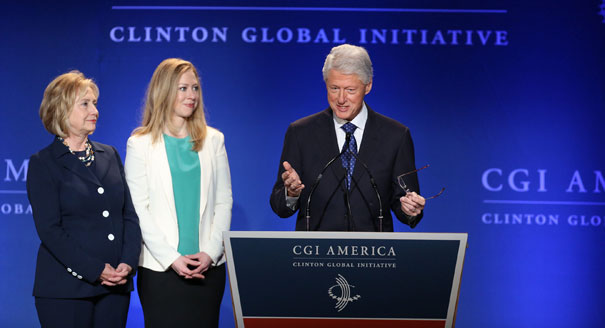 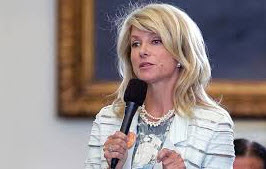