Actor Kurt Russell Fiercely Pushes Back Against Anti-Gun Hollywood Interviewer: ‘What Are You Going to Do, Ban Everything?’ | TheBlaze.com - FACTOIDS

Actor Kurt Russell Fiercely Pushes Back Against Anti-Gun Hollywood Interviewer: ‘What Are You Going to Do, Ban Everything?’ | TheBlaze.com

Discussing America’s “gun culture” and film producer Quentin Tarantino, Russell said he doesn’t “understand [the] concepts of conversation” about “the gun culture,” after Wells asserted that most Americans fear that mass violence is becoming a “day-to-day” occurrence.

When Wells went on to say that guns are a ”metaphor that disenfranchised white guys need,” Russell let loose.

“If you think gun control is going to change the terrorists’ point of view, I think you’re, like, out of your mind,” he began. “I think anybody [who says that] is. I think it’s absolutely insane.”

“Dude, you’re about to find out what I’m gonna do, and that’s gonna worry you a lot more,” the actor continued. “And that‘s what we need. That will change the concept of gun culture, as you call it, to something [like] reality. Which is, if I’m a hockey team and I’ve got some guy bearing down on me as a goal tender, I’m not concerned about what he’s gonna do — I’m gonna make him concerned about what I’m gonna do to stop him. That’s when things change.”

Arguing back, Wells invoked the no-fly list, saying that the people on the list are there for a “good reason,” but that they can allegedly still “get [a] hold of a gun pretty easily.”

When Wells argued back that the San Bernardino terrorists didn’t use cars, Russell fought back, saying that previous terrorists have used cars to murder people.

“But they’ve killed others that way, haven’t they?” he said. “Yeah, yeah. Whaddaya gonna do? Outlaw everything? That isn’t the answer.”

The rest of the interview:

Wells: No, not so you can’t, just so the idiots can’t get hold of them [so easily], that’s all.

Russell: You really believe they’re not going to? Are you serious about that? What good will that…? Oh my God. You and I just disagree.”

Russell is a self-described libertarian. You can listen to the interview here. 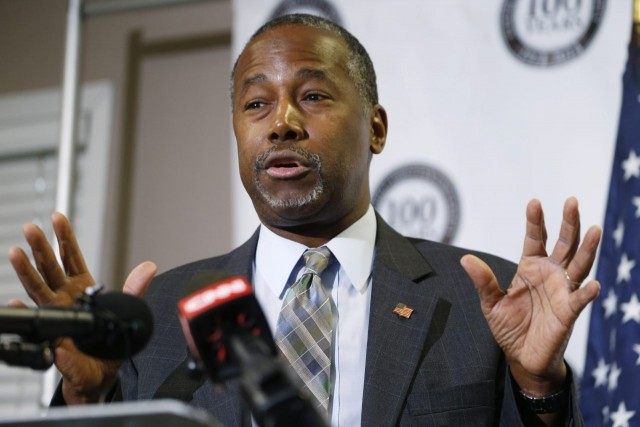 Carson's Right: In 2008 the Media Ignored More than 30 Lies In Obama's Bio - Breitbart 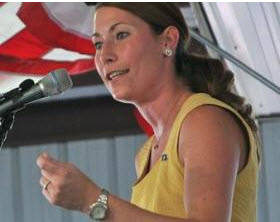 Grimes Campaign: 'Alison Opposes Late-Term Abortions' | Democratic Senate candidate trying to have it both ways on the abortion issue