House Committee Chairmen Lay Out Case For Perjury Against Hillary

Chaffetz and Goodlatte wrote to Phillips:

On August 2, 2016, Assistant Attorney General Peter Kadzik confirmed that you received the Committees’ request for an investigation regarding certain statements made by former Secretary of State Hillary Clinton during her testimony before Congress and will ‘take appropriate action as necessary. To assist the investigation, this letter identifies several pieces of Secretary Clinton’s testimony that appear to implicate 18 U.S.C. §§1621 and 1001 the criminal statutes that prohibit perjury and false statements, respectively. The evidence collected by the Federal Bureau of Investigation (FBI) during its investigation of Secretary Clinton’s use of a personal email system during her time as Secretary of State appears to directly contradict several aspects of her sworn testimony, which are described in greater detail below.

Before detailing at least four specific instances in which Clinton allegedly committed perjury, the House Republicans explained the matter a bit further:

During a House Select Committee on Benghazi hearing on October 22, 2015, Secretary Clinton testified with respect to (1) whether she sent or received emails that were marked classified at the time; (2) whether her attorneys reviewed each of the emails on her personal email system; (3) whether there was one, or more servers that stored work-related emails during her time as Secretary of State; and (4) whether she provided all her work-related emails to the Department of State. Although there may be other aspects of Secretary Clinton’s sworn testimony that are at odds with the FBI’s findings, her testimony in those four areas bears specific scrutiny in light of the facts and evidence FBI Director James Comey described in his public statement on July 5, 2016 and in testimony before the Committee on Oversight and Government Reform on July 7, 2016.

The first of four main areas where Hillary Clinton allegedly perjured herself before the U.S. Congress was with her claim in sworn testimony that she never sent or received emails on her illicit home-brew email server—which was in violation of State Department guidelines, and according to FBI director James Comey “extremely careless.”

“With respect to whether she sent or received emails that were marked classified at the time, Secretary Clinton testified under oath to the Select Committee that she did not,” Chaffetz and Goodlatte wrote to the U.S. Attorney for Washington, D.C. “Specifically, during questioning by Rep. Jim Jordan, Secretary Clinton stated ‘there was nothing marked classified on my emails, either sent or received.’”

Chaffetz and Goodlatte further quoted from Clinton’s testimony by including this quote:

[M]any Americans have no idea how the classification process works.  And therefore I wanted to make it clear that there is a system within our government, certainly within the State Department . . . where material that is thought to be classified is marked such, so that people have the opportunity to know how they are supposed to be handling those materials . . . and that’s why it became clearer, I believe, to say that nothing was marked classified at the time I sent or received it.

The two House Committee chairmen detail in the letter to the U.S. Attorney for D.C. that Clinton, according to the FBI Director, was not telling the truth in that testimony before Congress:

The second claim on which Hillary Clinton appears to have been caught perjuring herself according to the two top House Republicans was with regard to her statements that her lawyers read all of her emails.

“With respect to whether her attorneys reviewed each of the emails on her personal email system, Secretary Clinton testified that her attorneys used search terms and reviewed every single email to identify any that were work-related and should therefore be returned to the Department of State,” Chaffetz and Goodlatte wrote, before quoting directly from Clinton’s transcript from when she testified under oath:

— did someone physically look at the 62,000 e-mails, or did you use search terms, date parameters? I want to know the specifics.

Mrs. Clinton:   They did all of that, and I did not look over their shoulders, because I thought it would be appropriate for them to conduct that search, and they did.

Rep. Jordan:    Will you provide this committee — or can you answer today, what were the search terms?

Mrs. Clinton:   The search terms were everything you could imagine that might be related to anything, but they also went through every single e-mail.

“The FBI found, however, that Secretary Clinton’s lawyers did not in fact read all of her emails—they relied exclusively on a set of search terms to identify work-related messages,” Chaffetz and Goodlatte wrote, before quoting from Comey’s July 5 testimony:

The lawyers doing the sorting for Secretary Clinton in 2014 did not individually read the content of all of her e-mails, as we did for those available to us; instead, they relied on header information and used search terms to try to find all work-related e-mails among the reportedly more than 60,000 total e-mails remaining on Secretary Clinton’s personal system in 2014. It is highly likely their search terms missed some work-related e-mails, and that we later found them, for example, in the mailboxes of other officials or in the slack space of a server.  It is also likely that there are other work-related e-mails that they did not produce to State and that we did not find elsewhere, and that are now gone because they deleted all e-mails they did not return to State, and the lawyers cleaned their devices in such a way as to preclude complete forensic recovery.

The third area where Hillary Clinton seems to have perjured herself according to the two House Committee chairmen is when she testified that she only used one server or device.

“With respect to whether there was one, or more servers that stored work-related emails during her time as Secretary of State, Secretary Clinton testified there was only one server,” Goodlatte and Chaffetz wrote to the D.C. U.S. Attorney, before pulling another transcript of congressional testimony:

Rep. Jordan: In March, you also said this: your server was physically located on your property, which is protected by the Secret Service. I’m having a hard time figuring this out, because this story’s been all over the place.  But — there was one server on your property in New York, and a second server hosted by a Colorado company in — housed in New Jersey. Is that right? There were two servers?

Mrs. Clinton: . . . that was already being used by my husband’s team. An existing system in our home that I used, and then later, again, my husband’s office decided that they wanted to change their arrangements, and that’s when they contracted with the company in Colorado.

Rep. Jordan:    And so there’s only one server? Is that what you’re telling me? And it’s the one server that the FBI has?

Mrs. Clinton: The FBI has the server that was used during the tenure of my State Department service.

The FBI, however, found Secretary Clinton stored work-related emails on several servers. In Director Comey’s public statement, he said, ‘Secretary Clinton used several different servers and administrators of those servers during her four years at the State Department, and used numerous mobile devices to view and send e-mail on that personal domain.’ In Director Comey’s testimony on July 7, 2016, he stated that Secretary Clinton used several devices to send and receive work-related emails during her tenure as Secretary of State. He testified, ‘She used multiple devices during her four years as secretary of state.’

The fourth and final area where Clinton seems to have, according to Chaffetz and Goodlatte, perjured herself while under oath was during her claim that she provided all of her work-related emails to the Department of State.

“Finally, with respect to whether she provided all her work-related emails to the Department of State, Secretary Clinton testified to the Select Committee that she had,” Chaffetz and Goodlatte wrote, before again pulling a transcript of Clinton’s testimony before Congress.

Mrs. Clinton: Well, Congressman, I have said repeatedly that I take responsibility for my use of personal e-mail. I’ve said it was a mistake. I’ve said that it was allowed, but it was not a good choice.  When I got to the department, we were faced with a global financial crisis, major troop decisions on Afghanistan, the imperative to rebuild our alliances in Europe and Asia, an ongoing war in Iraq, and so much else.  E-mail was not my primary means of communication, as I have said earlier. I did not have a computer on my desk. I’ve described how I did work: in meetings, secure and unsecured phone calls, reviewing many, many pages of materials every day, attending . . .

Mrs. Clinton: . . . a great deal of meetings, and I provided the department, which has been providing you, with all of my work-related e-mails, all that I had. Approximately 55,000 pages. And they are being publicly released.

The FBI found, however, ‘several thousand work-related e-mails that were not in the group of 30,000 that were returned by Secretary Clinton to State in 2014.’ In the course of its investigation, the FBI recovered ‘still others . . . from the laborious review of the millions of e-mail fragments dumped into the slack space of the server decommissioned in 2013.’ When Director Comey appeared before the Committee on Oversight and Government Reform on July 7, 2016, he confirmed that Secretary Clinton did not turn over all work-related emails to the FBI. He stated, ‘We found work-related emails, thousands, that were not returned.’

Chaffetz and Goodlatte wrapped their letter to the U.S. Attorney for D.C. by noting that the FBI’s findings prove Hillary Clinton was not telling the truth when she testified under oath before Congress.

“The four pieces of sworn testimony by Secretary Clinton described herein are incompatible with the FBI’s findings,” Chaffetz and Goodlatte wrote. 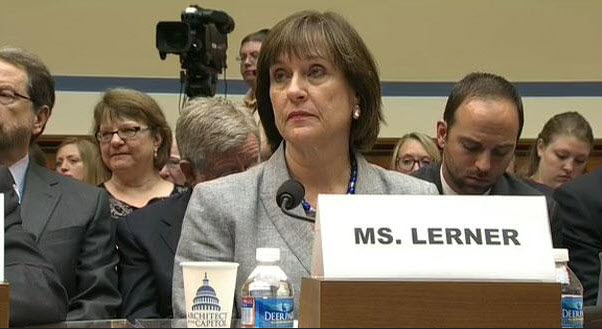 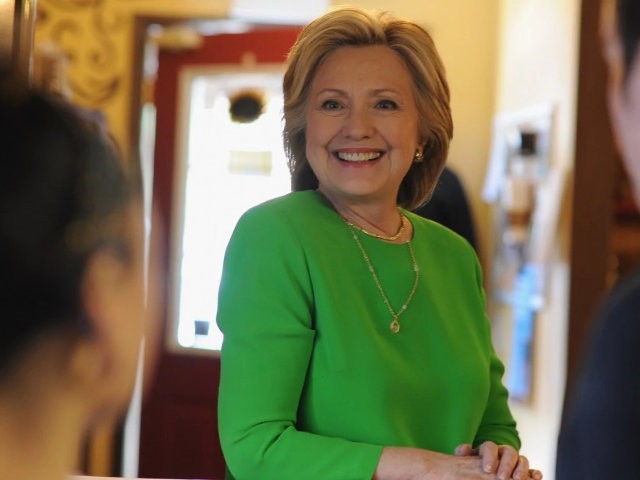