In a surprise move late Friday, a key Democrat on the Federal Election Commission called for burdensome new rules on Internet-based campaigning, prompting the Republican chairman to warn that Democrats want to regulate online political sites and even news media like the Drudge Report.

Democratic FEC Vice Chair Ann M. Ravel announced plans to begin the process to win regulations on Internet-based campaigns and videos, currently free from most of the FEC’s rules. “A reexamination of the commission’s approach to the internet and other emerging technologies is long over due,” she said.

The power play followed a deadlocked 3-3 vote on whether an Ohio anti-President Obama Internet campaign featuring two videos violated FEC rules when it did not report its finances or offer a disclosure on the ads. The ads were placed for free on YouTube and were not paid advertising.

Under a 2006 FEC rule, free political videos and advocacy sites have been free of regulation in a bid to boost voter participation in politics. Only Internet videos that are placed for a fee on websites, such as the Washington Examiner, are regulated just like normal TV ads.

FEC Chairman Lee E. Goodman, a Republican, said if regulation extends that far, then anybody who writes a political blog, runs a politically active news site or even chat room could be regulated. He added that funny internet campaigns like “Obama Girl,” and “Jib Jab” would also face regulations.

“I told you this was coming,” he told Secrets. Earlier this year he warned that Democrats on the panel were gunning for conservative Internet sites like the Drudge Report.

Ravel plans to hold meetings next year to discuss regulating the internet. She charged that groups placing paid TV ads use the FEC exemption to disseminate similar messages on the internet, regulation free. But Goodman says that Ravel misconceives the exemption. If the same message that is run on TV also is posted online, it is regulated, he said. The Internet exemption applies only to videos posted for free, solely on the Internet.

Blasting the exemption, she said, “Since its inception this effort to protect individual bloggers and online commentators has been stretched to cover slickly-produced ads aired solely on the Internet but paid for by the same organizations and the same large contributors as the actual ads aired on TV,” Ravel argued.

Goodman and the two other Republicans on the evenly split agency argued in a statement that regulations would chill politics on the Internet.

The trio noted that the goal of setting aside regulations to let the Internet blossom is working and shouldn’t be tampered with.

“This freedom has gained wide acceptance, as evidenced by the hundreds of thousands of political videos, websites, blogs and other social media posted on the Internet without so much as an inquiry by the Commission,” they wrote.

“Regrettably, the 3-to-3 vote in this matter suggests a desire to retreat from these important protections for online political speech — a shift in course that could threaten the continued development of the Internet's virtual free marketplace of political ideas and democratic debate,” they concluded.

Paul Bedard, the Washington Examiner's "Washington Secrets" columnist, can be contacted at pbedard@washingtonexaminer.com. 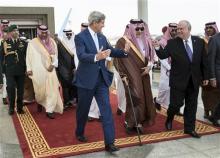 Kerry: ISIS is Trying to Spread a ‘Dangerous…Offensive…Insulting Distortion of Islam’ | CNS News 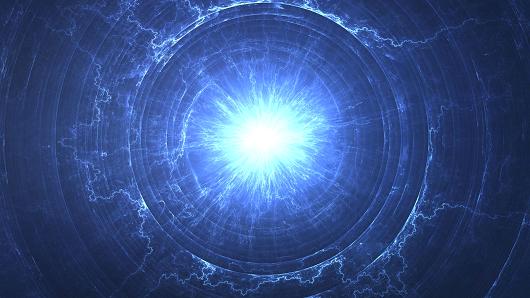 Paul Singer: This threat is 'head-and-shoulders' above all others

GE CEO: I Will Not Release The Hillary Emails | The Daily Caller